It’s finally warm in Ohio, and that means adventuring around Toledo by bike. This week, I pumped up my winter-flattened Amsterdam Electra’s tires and pedaled over to ten of my favorite outdoor murals and sculptures that are scattered around Uptown, downtown and Old South End. This roughly 10-mile art loop is a fun way to get a little exercise, sunshine, and inspiration.

I started out at Toledo Museum of Art, where I clapped over Calder: 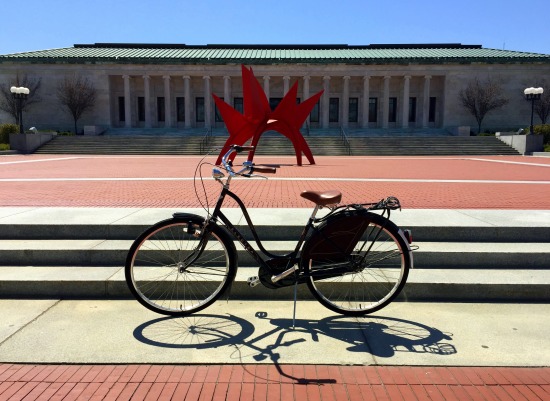 And then I swung by Spanish sculptor Jaume Plensa’s letter-framed figures: 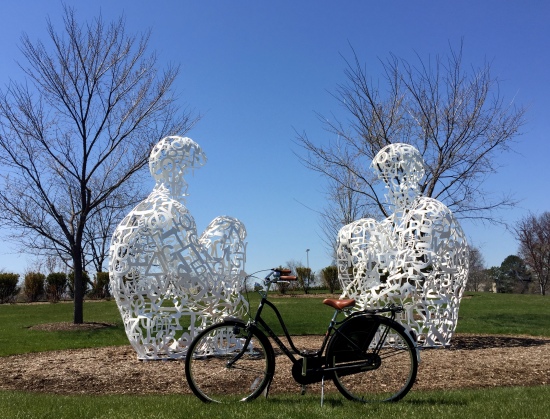 The newest mural on St. Clair Street in downtown Toledo pays homage to the Mud Hens: 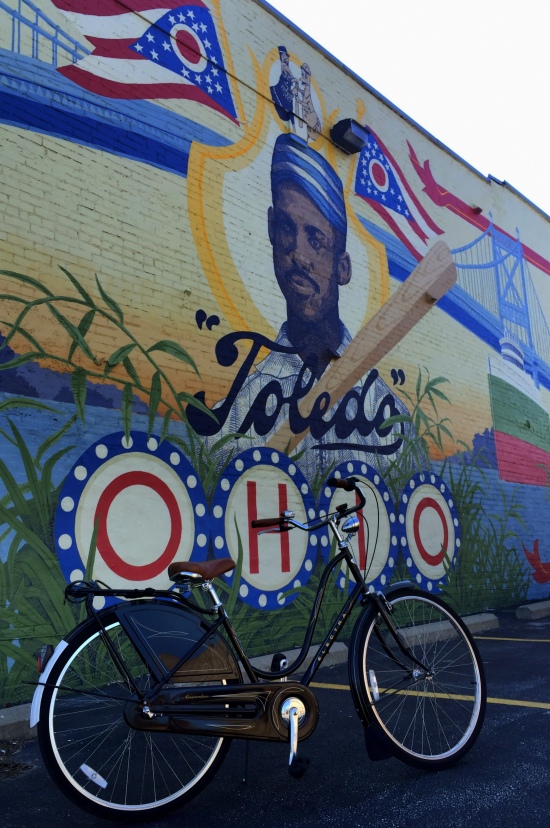 But the real kaleidoscope of color begins when you steer down Broadway Street into the Old South End, where many of the buildings in this predominantly Hispanic neighborhood have fantastic and artistic flair. I started at the far eastern end of Broadway at this building that pays homage to Martin Luther King, Jr: 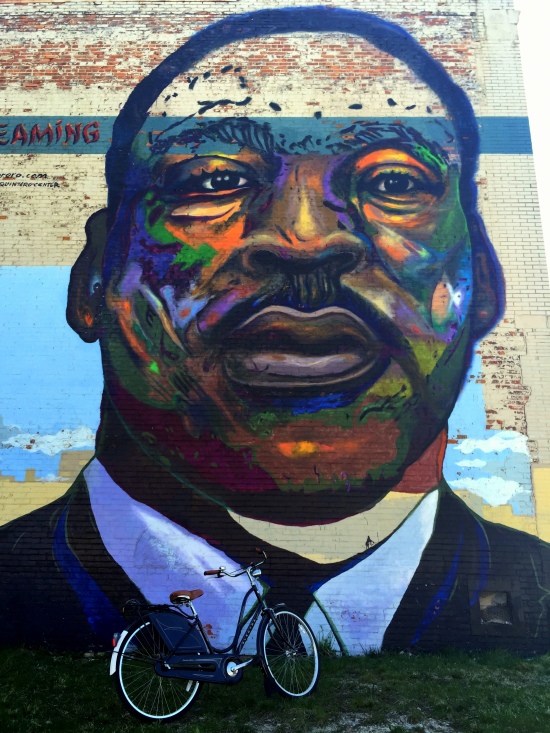 On the other side of the MLK building is a mural of farm-worker activist Cesar Chavez. Like its sister mural, this one was done in coordination with Bowling Green State University: 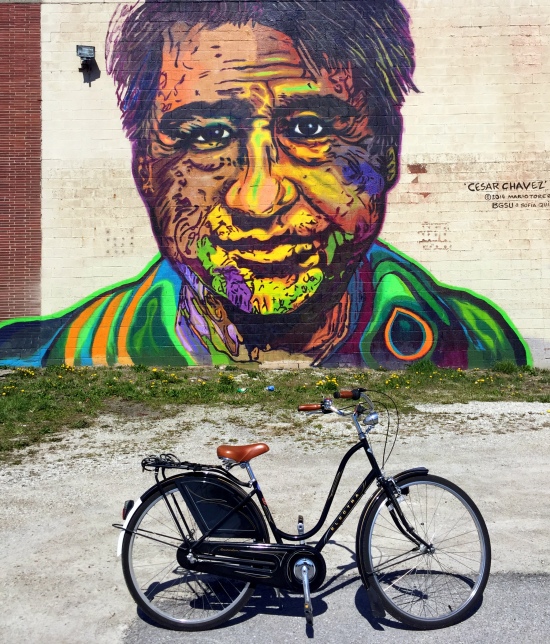 About a block further, the Green Lantern Diner at 509 Broadway St. is bedecked with this bathing beauty. It adds oomph to an historic hole-in-the-wall eatery that dates to 1927: 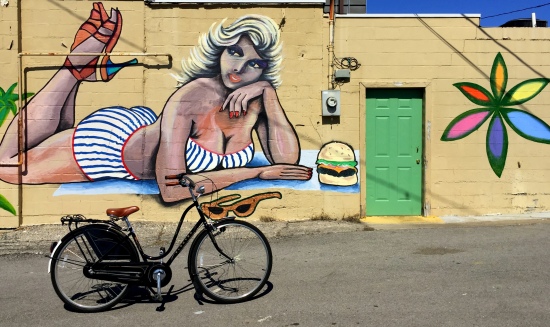 The thousands of motorists who roll along I-75 are missing out on this riot-of-color mural that livens up the Broadway Street underpass. It was completed in 2010  by muralist Mario Torero. Just look at those colors and graphic lines: 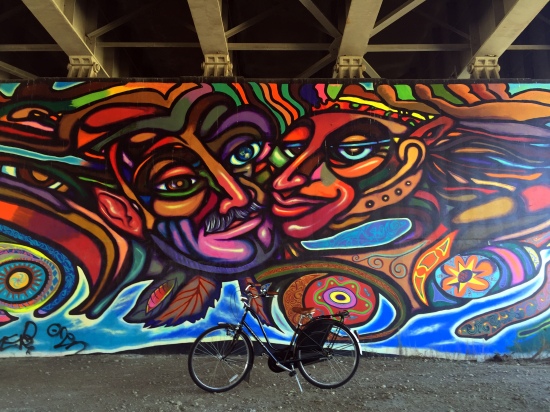 Then there’s this colorful bouquet of flowers on another Broadway Street building: 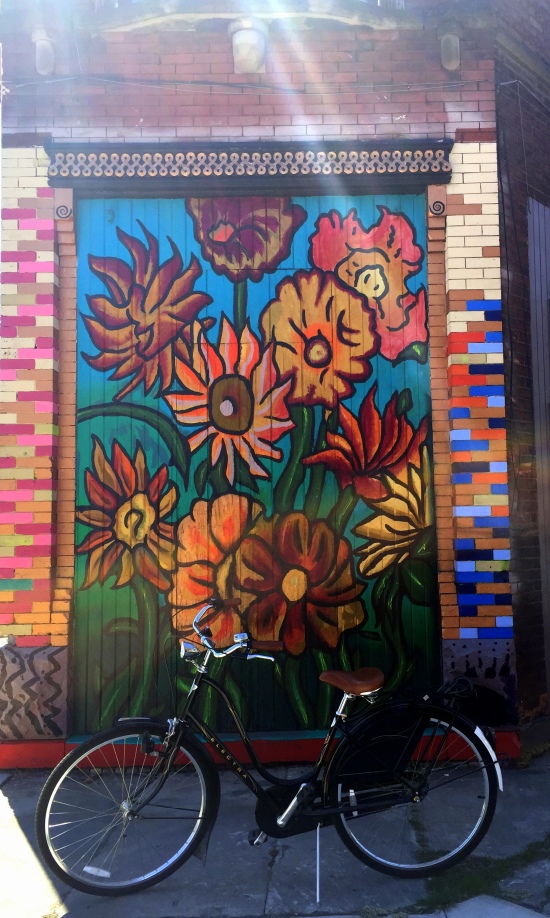 A duo of dancers leap along this brick Broadway Street wall on a dandelion dance floor: 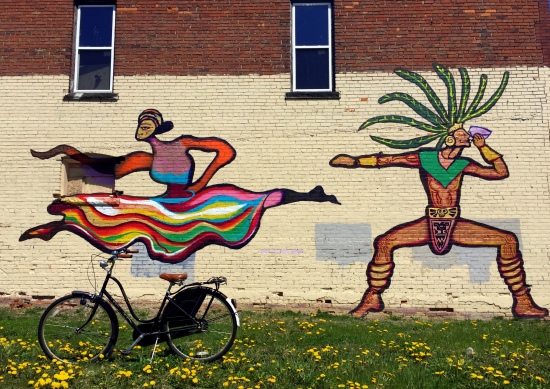 I wrapped up my  outdoor art tour by stopping by the temporary Degas mural at the SeaGate Convention Centre in downtown Toledo. Til’ next time, tiny dancer: 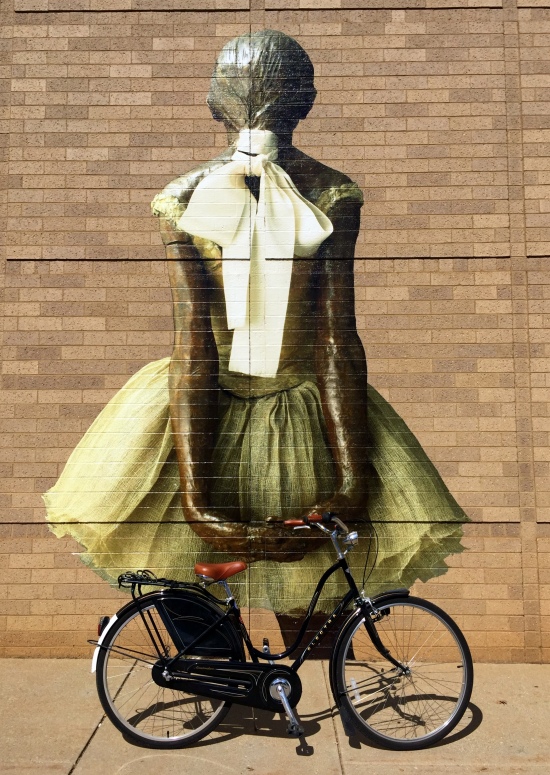 Which one is your favorite? Toledoans, which murals did I miss?